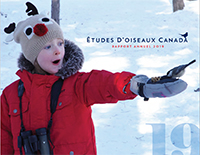 Spring arrival in southern Canada begins in mid-late April and peaks in early to mid-May. Pair formation occurs on breeding grounds, upon arrival or shortly after.

Nest construction takes an average of one to two weeks, but nest sites and old nests are often re-used. Both the female and male participate in nest building, though females are more involved. Nests are constructed from mouthfuls of wet mud mixed with grasses and lined with grass, animal hair, and feathers (usually white). Old nests are 'renovated' with new mud and new lining each year.